Silver lunitsa pendant, Slavic lunar pendant, moon-shaped amulet, Viking pendant
SALE! Due to shipping restrictions because of the Coronavirus, the processing time of orders may take even a month. Please contact me to make sure about the specific dates of shipping to your country 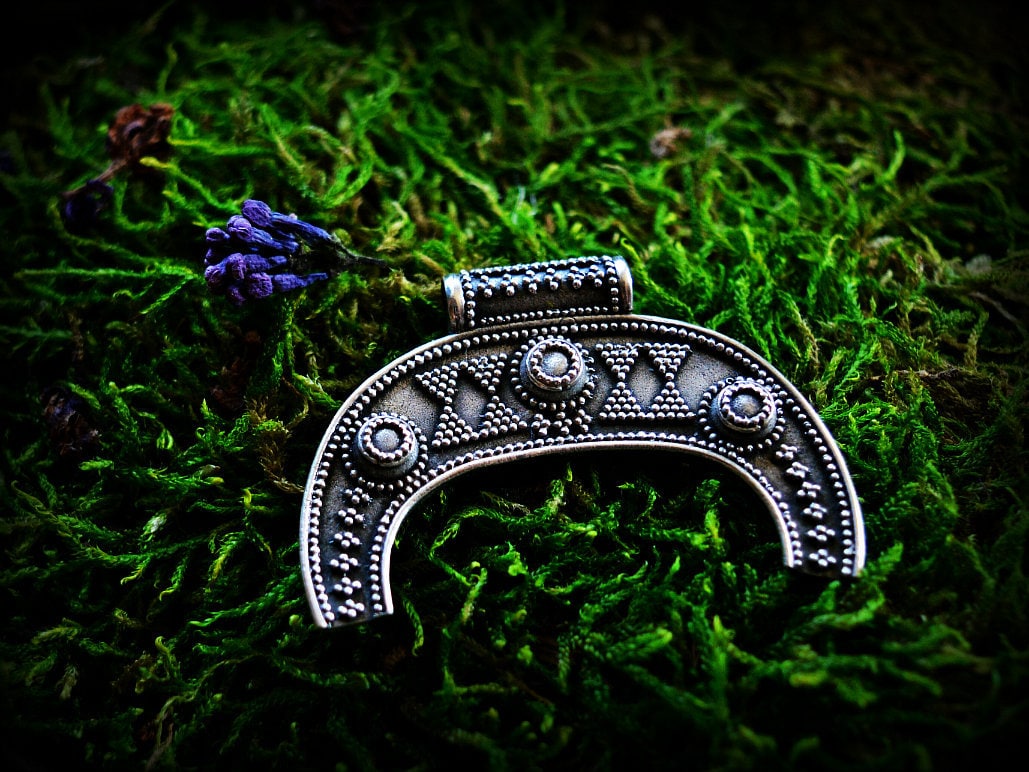 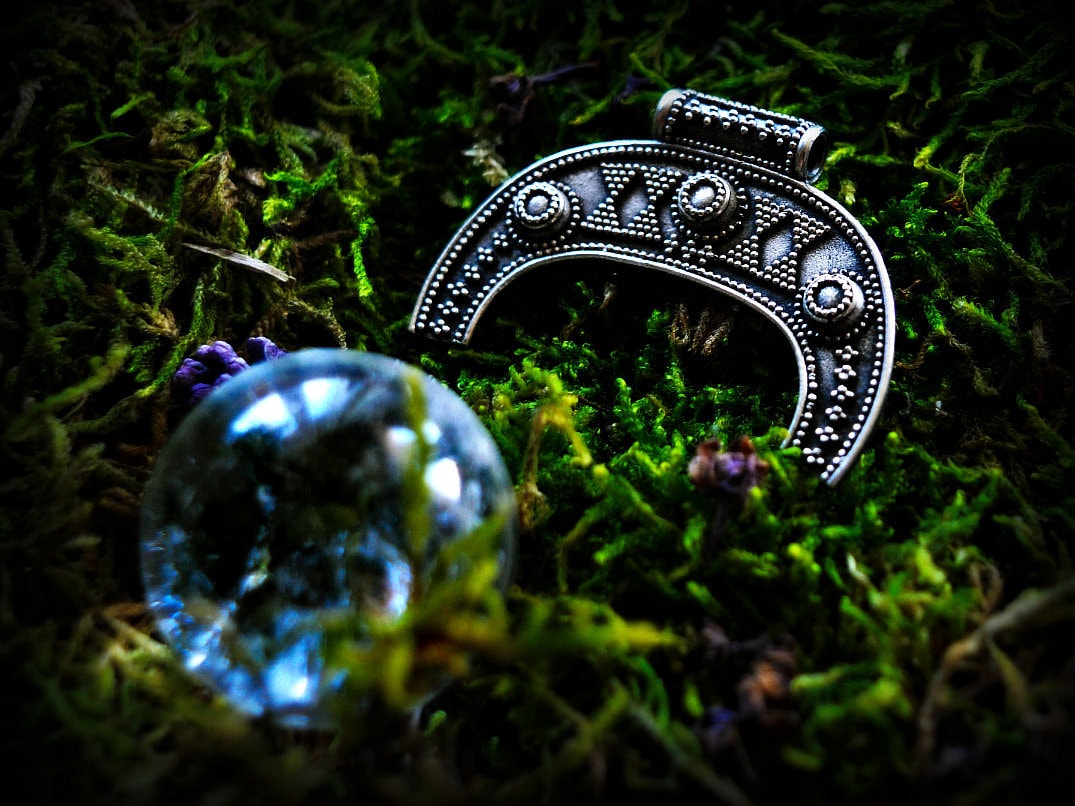 Lunik pendants are considered a symbol of fertitility, female strength and luck and is known from ancient times.
Crescent shaped pendants like this one were often worn by Viking and Slavic women simply on the chest or with other pendants and beads. Viking women were known for wearing impresive necklaces hanging from one tortoise brooch to another. This was the way to show off their husband's wealth and status.

Due to my travel to medieval event in Denmark, shipping will be after 24th of June.

I'll do my best to meet these shipping estimates, but can't guarantee them. Actual delivery time will depend on the shipping method you choose.

I gladly accept returns and exchanges

Ship items back to me within: 14 days of delivery

But please contact me if you have any problems with your order.

The following items can't be returned or exchanged

Because of the nature of these items, unless they arrive damaged or defective, I can't accept returns for:

0 items in your cart